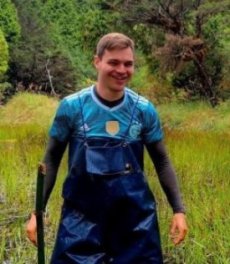 My PhD project aims to unravel terrestrial ecosystem and climate dynamics in SE Africa during the ‘mid’-Pliocene to early Pleistocene (c. 4 to 2 Ma) through the establishment of a land-sea correlation using core material from IODP Expedition 361. Methodologically, the project goal will be reached through the integration of palynological (pollen and spores), element-geochemical (XRF core scanning) and organic biomarker datasets from IODP Site U1478 (Mozambique Channel, off the Limpopo River mouth). The generated dataset will allow detailed assessment of the character, timing, magnitude, and tempo of ecosystem and climate variability in the catchment area of the Limpopo River, which covers a major part of SE Africa. By extension, the project results will shed new light on the ongoing discussion on potential causal links between environmental forcing and the emergence and extinction of archaic hominids (notably Australopithecus africanus) in SE Africa.