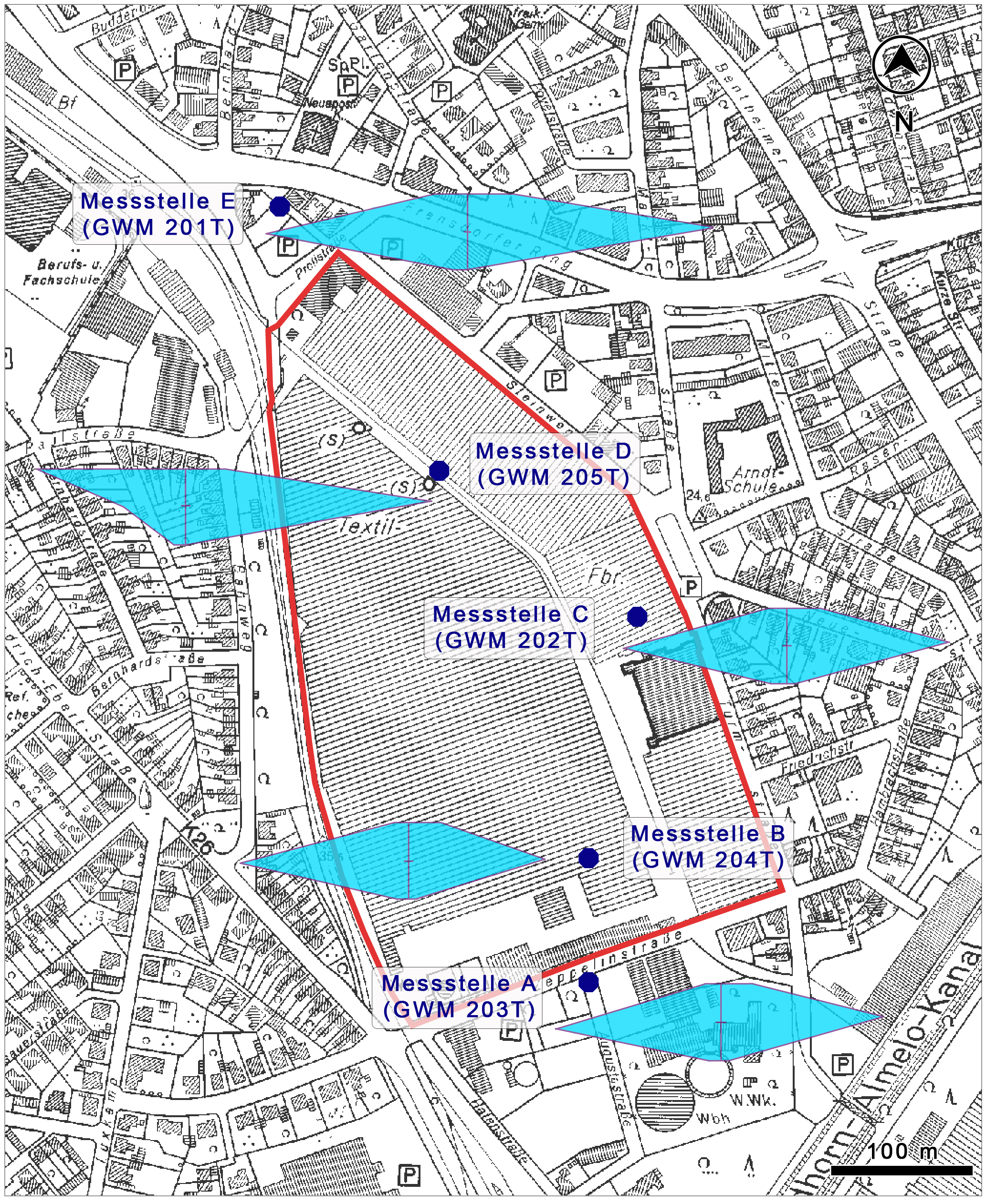 Hydrogeochemical evolution in a Pleistocene porous aquifer influenced by leakage

At a former industrial site in north-western Germany, the lower Quaternary aquifer was investigated with respect to hydrogeology and hydrogeochemistry. The upper aquifer was contaminated by chlorinated hydrocarbons (CHCs) from a chemical factory and remediation attempts have been carried out for over 10 years. The hydraulic conditions of both aquifers were characterized with hydraulic head measurements in March 2012. In addition, three sampling campaigns in 2009, 2011 and 2012 helped to describe the geochemistry of the lower aquifer. In the lower aquifer downstream of the remediation area, influence of contamination as well as the remediation measures should also be visible. In order to demonstrate leakage from the upper aquifer and to show the development of the geochemical characteristics, a transport and reaction model was developed using PhreeqeC. These simulations strengthen the assumption of a leakage scenario. This leads to unexpected nitrate concentrations, products of degradation of organic substances and signals of former input of waters with high sodium contents. Ion exchange and degradation of organic substances were identified as the most important processes that improve groundwater quality in the lower aquifer downstream of the remediation area.