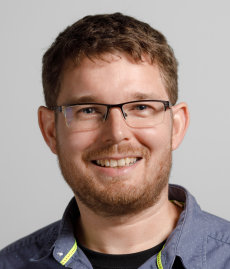 Deciphering the drivers of climate variability has become paramount in face of an ever more anthropogenically influenced world. With my research, I aim to advance the current debate on climate change from a paleo-perspective to provide new insights into the feedbacks within the Earth’s climate system. In particular, I concentrate on the ocean-atmosphere feedbacks governing the global monsoonal rain belt, home to nearly two-thirds of the world’s population. The strong seasonality and interannual variability of monsoonal rainfall makes those areas highly vulnerable to climatic changes – it is therefore crucial to understand the factors driving the spatio-temporal monsoonal variability. The glimpse into Earth’s history thereby allows to study past climate dynamics under different boundary conditions, providing much-needed insights into the sensitivity of tropical hydroclimates. Thus, my research projects comprise different timeframes, reaching from the Late Triassic “Mega Monsoon” over the Eocene hothouse climate and the Plio-/Pleistocene ice-house world to the Anthropocene.

1. The South American Monsoon during the Pleistocene and Holocene

The South American Monsoon supplies the majority of annual precipitation over (sub)tropical South America, yet its variability and sensitivity to climatic disturbances are not well-constrained so far. To study the drivers influencing the South American Monsoon System (e.g. insolation, atmospheric CO2 concentrations, ocean circulation), I utilize sediment cores obtained offshore East Brazil during R/V METEOR Expedition M125 in March/April 2016, offshore eastern Brazil. These cores were gathered close to river mouths and allow insights into continental hydroclimate as well as oceanic changes on different time scales – from orbital-scale climatic changes over the past 900,000 years to high-resolution records detailing the anthropogenic impact on soil erosion.

While the East Asian Monsoon provides the livelihood for more than 1.5 billion people, it also represents a major natural hazard due to frequent torrential floods, a risk severely reinforced by the frequent occurrence of strong typhoons. Yet, the factors driving monsoon and typhoon variability over East Asia are not well constrained so far. As part of a DAAD-funded student-exchange program, lakes in the Taiwanese Highlands are investigated as archives for Holocene storm activity and monsoonal rainfall intensity. Since tourisms has been an increasing economic factor in the pristine Taiwanese highlands, research is also devoted to detect the potential anthropogenic impact on the landscape evolution.

3. Climate and human history in the Mediterranean realm (co-PI)

The Mediterranean realm situates at the cross-roads of mid- and low latitude climatic phenomena (i.e. the westerlies and the North African Monsoon) and witnessed the emergence of the first highly developed human civilizations. Although early Mediterranean societies closely interacted with their environment throughout the Holocene, it remains unclear to what extent climatic and environmental change drove their rise and fall. In particular, the onset, early extent and consequences of anthropogenic change in terrestrial and notably in marine ecosystems are yet poorly constrained. These questions are tackled with sedimentary material retrieved during the R/V METEOR Cruise M144 in December 2017/January 2018. The recovered high-deposition-rate sediment cores from the Aegean and Adriatic Seas provide an ideal archive to decipher the environmental change on land and within the ocean. Integral part of this project is the collaboration with experts from archeology and pre-history from Heidelberg University.

Understanding MOW variability is pivotal as its salty waters constitute an important component of the intermediate thermohaline circulation in the North Atlantic. Due to its source in the Eastern Mediterranean Sea, the MOW is further a prime recorder of the North African Monsoonal strength, providing a prime example to study the potential influence of monsoonal systems on the global ocean circulation. Scientific drill cores from the Gulf of Cadiz, retrieved during IODP Expedition 339, provide unique archives for high-resolution studies of the MOW variability across the Plio-/Pleistocene. For this purpose sedimentological and geochemical tools are used to decipher past current speed, reflecting MOW variability.

The Plio-Pleistocene is marked by a persistent growth of glacial ice shields and a shift in the interglacial/glacial rhythms from a 41 kyr to a ~100 kyr-cyclicity, approx. 900 ka ago. Within two projects, it is investigated if a strong subtropical gyre circulation enhanced continental ice shield growth via increasing the moisture transport from mid to high-latitudes. A particular attention is paid on the influence of heat and salt injection by the MOW on the gyre dynamics. For this purpose foraminifera-based reconstructions of the upper water column structure from IODP Sites U1385 (Iberian Margin), U1313 (central mid-latitude North Atlantic), and ODP Site 1058 (western subtropical North Atlantic) covering the past ~3 Myrs.

Recent observational studies have shown that aside of the “classical” El Niño Southern Oscillation (ENSO), a third type of ENSO has become more prominent. During these events SST anomalies are located in the Central Equatorial Pacific leading to alternate ENSO states coined “El Niño/La Niña Modoki”. A consequence of ENSO Modoki is increased warming in the subpolar realms of both hemispheres potentially accelerating high latitude ice sheet demise. To shed light onto the potential further evolution of ENSO Modoki, this project provides insights from a paleo-perspective via assessing the occurrence of ENSO Modoki-like climatic states during varying climatic background states. For this purpose, high-resolution proxy records of sea surface temperature variability are generated on ODP/IODP Sites from the western, central, and eastern Equatorial Pacific covering two time slices: (i) the mid-Pleistocene to Holocene and (ii) the Early Pliocene.

7. The Messel oil shale as an archive of Eocene hothouse climate variability (co-PI)

As the world warms due to rising greenhouse gas concentrations, the Earth system moves toward climate states without historic precedent. However, Earth’s history offers possible analogues for the warming world of the coming decades such as the early Eocene (~50 Ma). An exceptional sedimentary archive to study early to middle Eocene climate variability is presented by the maar-lake sediments of the Messel fossil-pit. While Messel is famous for its exceptionally well-preserved faunal and floral remains its sediments represent a unique archive for short-term climate dynamics operating during the geologically most recent greenhouse period. In this project, geochemical data is obtained via high-resolution XRF core scanning of the Messel FB2001 drill core to decipher the hydrologic variability in decadal to at maximum annual resolution.

8. Are there any “hyperthermals” in the upper Cretaceous? (Co-PI)

The principal objective of this project is to test for the occurrence or absence of so-called “hyperthermals” in the Maastrichtian in order to obtain a mechanistic understanding of greenhouse climates. This objective will be reached through the generation of paleoclimate proxy records (Mg/Ca-based SST, XRF-scanning) from two sites from the North Atlantic and Pacific Ocean, respectively, across a selected time interval (67–68.5 Ma). The high-resolutions records will allow detailed insight into the controlling mechanisms of greenhouse climates and therefore provide a test if the use of hyperthermal events might serve as analogues for future climate warming.

9. The Late Triassic in the German Basin: “Mega-Monsoon” and cyclostratigraphy

In this project, Late Triassic playa-alluvial fan sediments from the Gipsmergel-Keuper in SW Germany are investigated via facies analyses and physical properties (color reflectance, elemental composition) to reconstruct the factors driving the so-called “Mega-Monsoon” affecting large parts of (sub)tropical Pangea. Besides paleoclimatic questions (e.g. about the role of the paleogeographic configuration on the Mega-Monsoon strength), astrochronological methods are used to better constrain the still controversial Late Triassic stratigraphy of the Germanic Basin.