Secondary ionization mass spectrometry (SIMS) is a technique for the isotopic analysis of solids. SIMS instruments combine a sputter source to remove material from a solid target with a mass spectrometer to analyze ions generated during the sputtering process. The sputter source is designed to excavate and partially ionize atoms from near-surface sample volumes through collision of energetic primary ions in a beam with lateral dimensions of sub-micrometers to several 10’s of micrometers at the impact location. Depth resolution of sputtering is typically an order of magnitude less than the lateral resolution. Although sputtering is destructive, the amount of material consumed in SIMS analysis is typically negligible compared to material losses during sample preparation, e.g. through grinding and polishing. The resulting mass spectrum comprises atoms and polyatomic fragments. Mass spectrometry of the ionized secondary ions using a large radius magnet permits separation of isobaric interferences in the mass spectrum and analysis of the species of interest at low instrumental backgrounds. The advantage of SIMS is the capability of in-situ analysis of solids where sampling needs to be performed at small size, high sensitivity and low detection limits. Quantification using well characterized reference materials allows precise and accurate analysis of elemental and isotopic ratios with applications for stable isotope geochemistry, geochronology, and trace element analysis. In addition to spot analyses, SIMS can be used to generate depth profiles, as well as two and three dimensional maps to resolve elemental and isotopic heterogeneities in the samples. 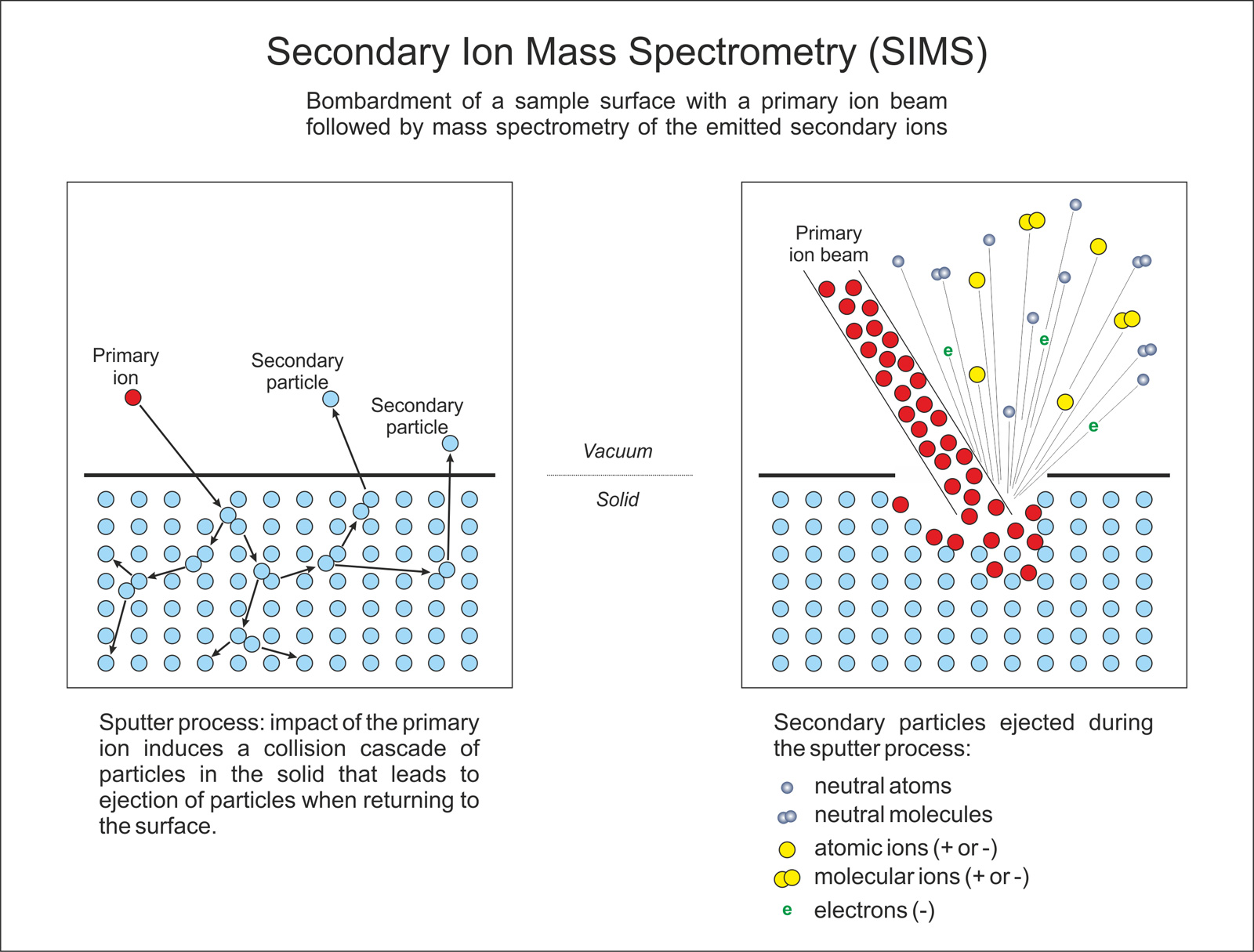